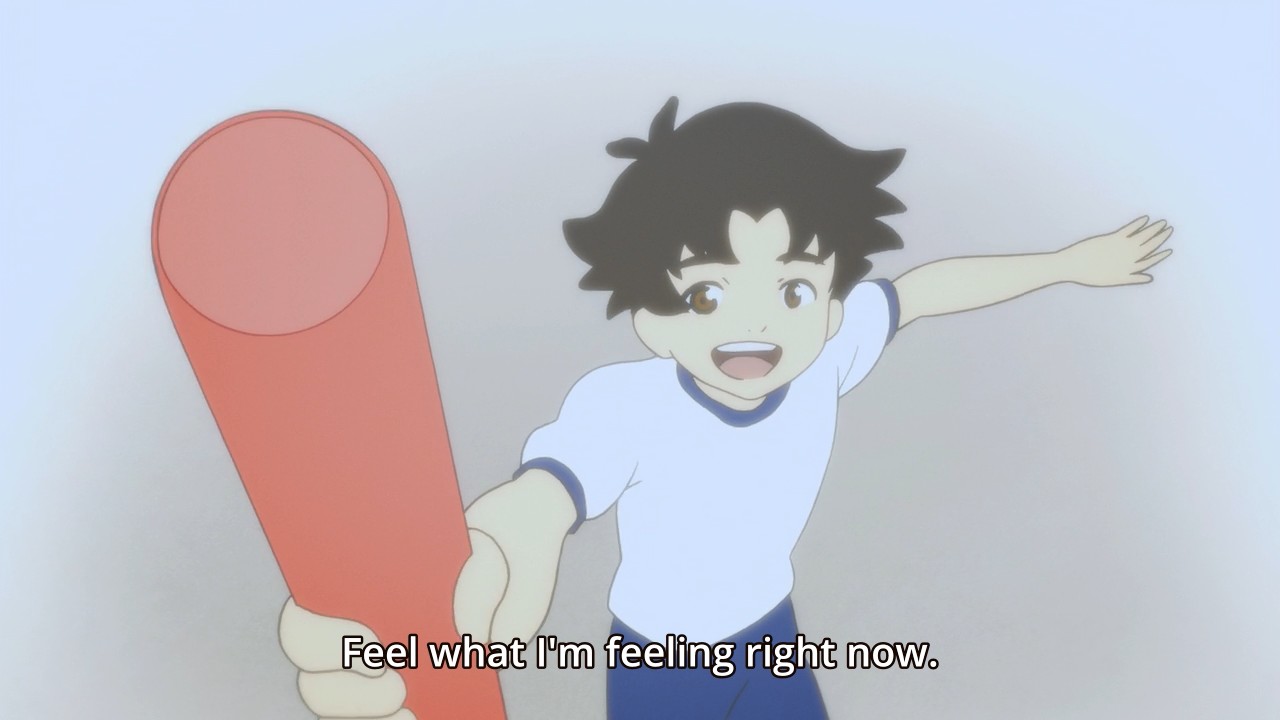 Devilman Crybaby’s final apocalyptic shot was something that left me stunned for the entire day after I saw it. I spent that time listening to podcasts and YouTube videos breaking down what various Anituber types thought about the show, with some commenting about how bleak the ending was. But I hadn’t seen it as bleak at all. Instead, there is something incredibly hopeful about the tragedy that fell on Akira and Ryo. The integral part they played in each other’s lives touched something deeper than any love story I had seen or read before. Because Devilman is not a love story, but a story about the incredible things we can do with love, and the terrifying things we’re capable of without it.

Devilman Crybaby perfectly sets up this dichotomy from the start. Ryo makes the point at the that he cannot feel love, and therefore cannot empathize with others. Meanwhile Akira is overflowing with empathy, to the point of crying at the drop of a hat. They have an argument over whether to kill an injured kitten, an argument that informs every other conflict they have for the rest of their lives. Ryo advocates for killing the kitten as it will not survive. He cannot care for the consequences of his actions and will do whatever he wants. Akira, even seeing that the cat is gravely injured, continues to hope that it will recover. He feels everyone’s suffering so deeply that he will stop at nothing to save people.

The conflict between Ryo and Akira’s motivations is continuously emphasized throughout the show, but it is epitomized in the scene where Akira confronts the mob. A crowd of people incited by Ryo’s fear-mongering has tied up people accused of being demons in disguise. Here, Akira stands in front of those tied up in his full demon form, protecting them the physical and verbal blows of their own neighbors. He cries not only for the people suffering, but those inflicting the suffering as well, feeling the entirety of hatred that man has turned in on itself. The selfless love of people that Akria displays is what turns the crowd back from emulating demons. With restored compassion, they begin to feel the guilt and sorrow that demons like Ryo’s kind cannot. They are horrified when they reflect on how just moments ago they were willing to viciously kill one another.

Miki’s narration throughout this scene cements her position in opposition to Ryo’s. If Ryo is the devil on Akira’s shoulder, then Miki is the angel. Ryo is constantly coaxing the demon inside of Akira, goading him into turning on innocents and fulfilling his dark desires. By enticing the Amon inside of Akira, Ryo enables Akira to perform incredible feats of brutal violence. The only thing that keeps him from giving into the demon completely is Miki. In her narration, Miki sees the people with demons lurking inside them and offers them passion and forgiveness. She appeals to the better natures of both men and devilmen. It is Miki’s example of endless compassion that gives Akira a model for acting on his crybaby nature. Miki’s love for others and sense of righteousness is allows Akira to channel his love for others in productive ways.

Akira is so full of love that he is not content with only converting people, but demons as well. Demons are simple creatures that only feel primal urges. They have the ability to fuse with animals and gain their traits. But as they fuse with humans, Akira sees them start to take on human qualities. He questions this when he sees the fused corpse of Sirene and Kaim, smiling in assumed victory. Though Ryo discounts it, Akira recognizes that even if it’s a shallow copy, it is still something resembling love. He uses this in his encounters with later devils, appealing to their humanity buried deep inside. He even recognizes this in Ryo, continuously asking him to reflect on his actions more closely and trying to pass this idea of love onto him, telling Ryo that he is crying as well.

But Ryo never completely learns to love Akira. Sure, he feels affection for him. It’s what leads him to turn Akira into a Devilman to ensure he survives the oncoming apocalypse. But he does so without entirely knowing that Akira would survive the process, without considering how being fused with a demon will burden Akira. He does it even though he stokes the mob that kills Miki and triggers the apocalypse in the first place. Though he is able to care about the well being of his best friend, he still cannot empathize with his plight. Only once he is left alone in the world with Akira’s corpse does he realize that his callous disregard of consequences is responsible for his fate.

This ending scene where Ryo and Akira sit together on the shore of the end of the world was widely compared to End of Evangelion and the comparison is extremely fitting. Hideaki Anno, in an interview with Devilman creator Go Nagai, stated that he and his team were directly influenced by Devilman and its prototype Lord Dante. Neon Genesis Evangelion has had a lasting effect on not just the anime industry, but on Japanese pop culture in general. If Masaaki Yuasa himself wasn’t influenced by Evangelion, I’d imagine that someone on the Crybaby team was (especially the colorist for the shot.) Beyond coming full circle aesthetically, both stories comment on the importance of connecting to others and the importance of love: Devilman in an outward manifestation and Evangelion in an inward manner. As explained in this wonderful video by Under the Scope, each of the characters in Evangelion are struggling with various insecurities and self-destructive behaviors. This leads them to lash out at each other, use and abuse each other. Devilman Crybaby has a similar character in its addition of Miko.

Miko is a foil to Ryo, a human made demon who knows she is capable of love. She forgets this over time as she grows to resent her best friend Miki. Everything about Miki’s perfection washes out her identity as everyone around them uses Miko as an interface for her friend. She puts up strict walls around herself, only letting them down when Kukun acknowledges her as an individual. Once he dies and she fuses with a demon, she becomes more aggressive, putting back up her walls with reinforcements. However, her love for Miki eventually outshines her hatred for overshadowing her. She was always chasing after Miki, not because she felt inferior, but because she always wanted to be by her side. Miko could have easily killed Miki and joined the other devils, but instead she chose to help Miki, managing to cut down and outmaneuver mobs before sacrificing herself to try to save Miki. Tragically, her sacrifice is in vain. And that’s what Devilman Crybaby is: not violence and despair for the sake of being edgy, but a touching story about love and tragedy. It shows the horrible cruelty we are capable of when we turn on each other, but also the incredible acts of strength and sacrifice possible when we love one another. Akira is only able to tame the demon Amon and fight other demons through his love of others – namely Miki. The baton of Miki’s love and kindness has been passed to him, which he repeatedly tries to relay to Ryo. Though it doesn’t reach Ryo until it’s too late, it’s not an entirely bleak ending. The final shot of the series, after the credits, is of the earth, now with 2 moons resulting from Crybaby’s apocalypse. It can represent the hell that Ryo is trapped in, cursed to relive the mistakes that robs him of everyone he cares about. But it could also be another chance to pick up the baton and finally discover a love strong enough to subvert the apocalypse.

If you’d like more on Devilman Crybaby, I highly recommend the Devilman Weebcast episode where they discuss how the inclusion of social media complements the rapid pacing of the ending. I also recommend Richmond Lee’s incredible Twitter thread breaking down Crybaby’s opening scene frame by frame. It is astonishing how much Masaaki Yuasa and his team can accomplish with visual metaphors, which is what makes these scenes so stunning.